Shortly after the announcement on Operation Flashpoint’s Twitter page, the new screenshots where published. 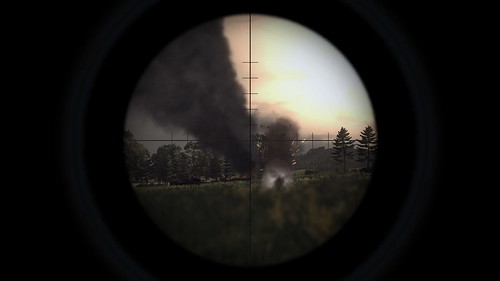 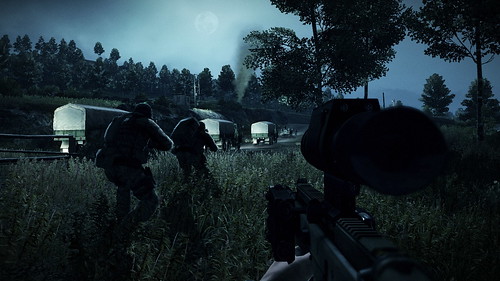 Helios also made us aware about an upcoming video, Coming at the 3rd of July called “Fear and Anticipation”

Thanks to Heroes member adireflex for making us aware about the new screenshots. They have been archived in the OFP2 Flickr account and are viewable full size there. 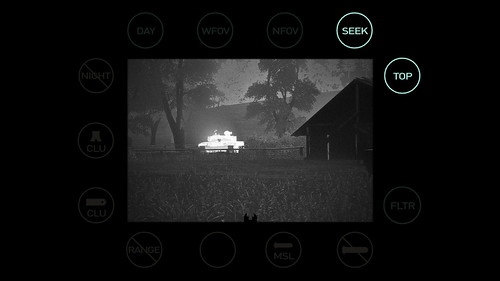 The image is taken whilst using the FGM-148 Javelin anti-tank guided missile.

Just a few seconds ago Hero PyroMan_Dan found an Inside gaming E3 interview for Operation Flashpoint:DR.

Unfortunately one of the quotes said that they “toned down the realism to make it Fair” but after recent events with Sion’s then I believe this is now changed.

ArmA 2 demo allows you to experience the unique gameplay featured in the full version of ArmA 2 including multiplayer, as well as samples of the vast amount of vehicles, weapons and units and realistic environment.

The demo also contains a part of Chernarus terrain, which is based on the real-life landscape.

Battle of the God’s

Well it seems as if Sion has yet again been taking our feedback seriously and the hardcore mode has been altered to the effect of godliness. To see the news please visit here.

Snippit: “You lot are a bunch of masochists but, you’ve got it; the hardcore mode in Operation Flashpoint will contain no HUD/UI elements at all other than radio chatter subtitles. That’s right, no crosshair, no compass, no gun or ammo displays…Nothing…

There will be no objective markers, no bleed meter, no direction of fire indicator, no enemy location highlights and no damage indicators. Nothing!

To show you what we mean, here’s an example for you all taken with the new hardcore settings.” 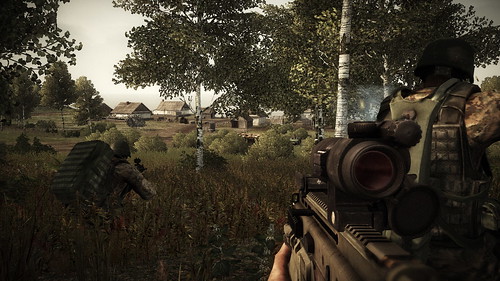 Yesterday Shaz posted up some more magazine scans for us to drool over. Enjoy!

Released by Helios shortly ago.

“After concerns were raised by numerous members of the community that the USMC troops had incorrectly coloured Modular Tactical Vest’s, the development team have amended the colour to brown to reflect what is currently in use by the USMC.

We have decided to keep the USMC Spec Ops MTV’s as green, to provide some distinction between them and regular USMC troops.

See below for a full rundown of the final USMC & PLA Camo Patterns and body armour.”

First of all, my apologies for the confusion this may have caused.

After speaking to the dev team, I’ve had something clarified to me that invalidates what I said earlier about the definitive no freelook and no TrackIR statement.

It turns out that whilst there is no freelook and no TrackIR for infantry, these features will be available for vehicles.

No Leaning, Freelook or TrackIR in Operation Flashpoint

Some Unfortunate news from Helios.

Sorry to disappoint some of you, but OFP: DR will not include leaning or support TrackIR.

In fairness OFP1 did not have leaning either. However this poor news for the tactical realism crowd. This means there will be no leaning around trees, walls, defences. All combat will require you to be exposed at the very least your upper body. While this will not be a game killer, it will surly change the dynamics of combat and most likely alienate some of OFP2’s more diehard fans.

It is unfortunate to see such changes to the OFP1 formula. All signs however point to a more engaging FPS experience. However it is the belief of this writer, that OFP1’s greatness stemmed by it’s functionally and the little features.

Little features took what was a open world FPS and turned into a rich killing ground. It’s unfortunate to see, that many of OFP1’s great features will not be in OFP2. We can only presume that there is a issue holding back, leaning and freelook. I would presume texture tearing and perhaps the difficulty of teaching the AI how/where to lean from around cover. I don’t really know. All I do know is APC rides and Helicopter rides are going to be far less enjoyable.

*Freelook refers to Free movement of the players players head from the body, not a spectator camera. I understand there can be some confusion with this term*