A great new FAQ has been posted by Helios from the sound team which we have heard so much of these past few weeks. The response to a few of the community members questions can be found here.

Few good pullouts from the information:

Helios – “Some of the bullet sound effects made me jump”

“bullets in OFP do “whiz” past your head but they also “crack”, it was
quite a difficult balance to distinguish between bullet cracks, distant
shots and impacts…”

maccollo – “What about the speed of sound?”

“Present and correct, you’ll hear the “crack” of the bullet before you hear the distant shot being fired. Same with explosions…”

This information has been added into the OFP2 FAQ.

Watson Wu a member of the sound team posted about the event here.

This YouTube links to the OFP2 Tube – Please distribute this link to help grow the community. Keep it off major sites though.

Thanks to all who game out to the IRC pre-release party and for Dantom of making me aware of the release, so I could get the word out. Once again allways vist IRC on pre release – group work gets the infomation first! 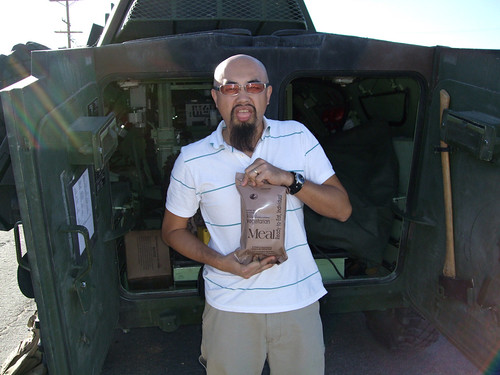 Who delivers? Shaz does again of course!

At 27-05-2009, 12:19 PM: Shaz posted us a nice new footage on youtube that he had managed to get ahold of on the eurogamer page, the footage below shows us some nice new ingame images. So guys get watching!

The thread about the new footage can be found here. 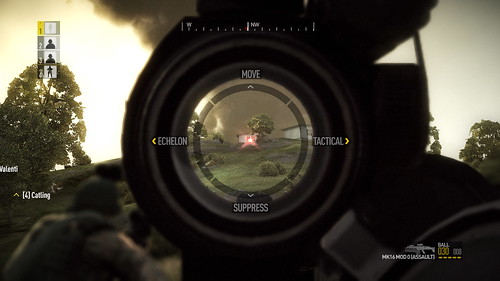 Another community exclusive screenshot for you all, following on nicely from the one posted on the 22nd. This screeny shows off the radial command system and some of the nice depth of field visual effects the game will have.

Later on this week I’ll also be making another behind the scenes update from our sound team and their vehicle recording session with the USMC at 29 Palms in California.

29 Palms is the home to the world’s largest Marine Corps Base. It is the premier training facility in the world for Marine operations and draws military personnel from all over the world for Combined Arms Exercises.

29 Palms is the premier live-fire base in the Marine Corps. Each year roughly one-third of the Fleet Marine Force and Marine Reserve units — some 50,000 Marines in all — participate in the base’s training exercise program. These training exercises involve every weapons system in the Marine Corps’ arsenal, from small arms to attack aircraft. They are absolutely essential to maintaining high levels of readiness of the U.S. Marine Corps to fight and defend U.S. National interests.

This review is for the latest update of the OFP2 toolbar,

At first glance the original toolbar was quite plain but it did serve it’s purpose well, now the toolbar has finally been updated with a much better look with small tabs provided by Marxus and Sir. Polaris. On the far left of the page there should be showing Social pgs next to this there is a small dropdown box which then shows you all of the Social services for the flashpoint community.

Also there is a dropdown box on main links which then reveals all of the major community services that the community themselves have provided to the player base of operation flashpoint. The first link on the dropdown menu will provide you with a quick jump system to each main area of the forums and next you will find a group of locations which contain alot of information that can aid you with knowledge about the game itself. (Flickr, mailing system etc…)

The next section contains the community run pages such as OFP2.info and this page, also the last section has a link to the community server thread on the flashpoint forum. Finally much like the previous there is also a bar showing the most recent threads created/commented on in the flashpoint forum which provides you with a easy quick travel system to the most recent threads

If you wish to download the toolbar itself you can find it here.

Basically, GameServers.com, the world’s largest game server provider. At $5 a month, every Customer can now add this ‘automated game redirect servers’ to their account.

This means your Hosting a server with custom content.. And other people may not have the file.. Instead of just saying.. No! your not aloud in here. It will download the files needed without interrupting gameplay. Meaning no more closing down your game to download files!

Pending Operation Flashpoint: DR will support this, this is great news for us.

For existing GameServer members: to get started, simply visit the ordering section from within your control panel at https://my.gameservers.com/order and click on the “ADD” button. This will enable your entire account!

This is a guest article written by Hero Zarif 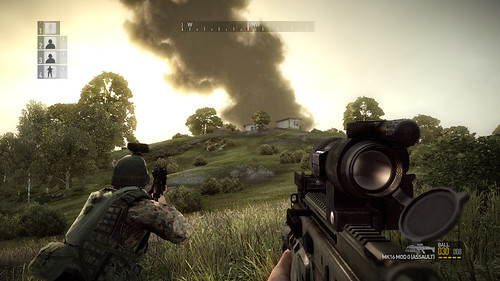 Other sizes can be found on the Operation Flashpoint: Dragon Rising’s flicker page

Helios has just posted up a community exclusive screenshot of the game. 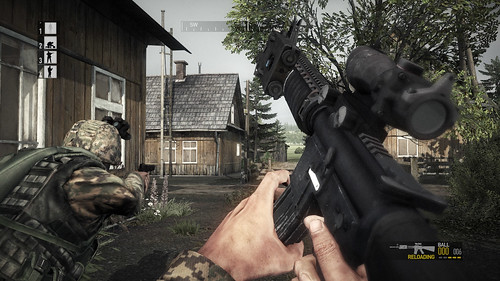 It is also exspected that a new image is to arrive some time soon.

Today we where informed by Helios that as of recent, Jigglybean former boxed product overseer has left Codemasters Community Team. The message is as follows:

I just wanted to let you all know that, with regret, I must inform you that Jigglybean has recently left the Codemasters community team and moved on to explore new opportunities in pastures new. Jigglybean (George) was a big character and good friend – all of the community team are very sad to see him leave. We wish him all the very best in his new endeavours as I’m sure all of you do too.

Going forwards, I will be the main point of contact for any issues relating to the daily running of our boxed product community forums.”

With this Helios has now assumed greater responsibilities. Which is both great for Helios and us as this may open doors and give greater weight to what Helios can provide for us. However this means his time is even further split amongst the others who fight for his time. Hopefully it is the former, we will see in the coming days.