In the last 12 hours a 12 page thread has surfaced on the Operation Flashpoint forums, filled with feelings and speculation over a article found today. 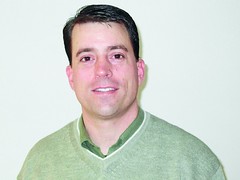 Brant Nicholas: Unfortunately we have to cancel the Mission Editor for console and we have to reduce the PvP number from 32 to 16. Furthermore some GFX features doesn’t exist. No further difference so far…

This coming from the original German of:

We at OperaionFlashpoint2.org, don’t believe in ungrounded speculation. We will monitor the thread and update this post as new information arises. We are expecting a response from Helios tomorrow.

### UPDATE ###
It’s been confirmed that there is no, editor for the console.

(Either JavaScript is not active or you are using an old version of Adobe Flash Player. Please install the newest Flash Player.)

Today, a new pre-rendered concept video surfaced on YouTube. The video, uploaded today (31 March, 2009) shows a soldier (presumably a Marine) carrying an Assault Rifle over a mountainous environment. It also features concepts of both the team command interface, as well as calling in fire support and using a laser range finder/binocular set. Although it is most certainly a pre-render/CGI combination released some time ago (note the old CodeMasters OFP2 logo), it is surely impressive and worth the view. We can only hope OFP2 comes close to this concept video.

As Helios promised us, a new video was uploaded to IGN.com. The video, a brief, one minute trailer gives basic details as to your mission in Dragon Rising, and provides some in game video.  It also confirms that Dragon Rising is still set for a Summer 2009 release.

Screen shots from the trailer: View the video below:

This level of detail can be found throughout Operation Flashpoint 2, from the 100 per cent accurate reload animations to the fact that each weapon and ammunition type has a different penetration value – in other words, high calibre bullets will pass through certain kinds of armour and cover. -Neon Kelly, Article writer

The article does a lot of comparisons between ArmA2 and Dragon Rising, and says that the games look extremely similar as far as simulation and realism dedication go. Although, the writer leans to wards Dragon Rising as the better title.

Furthermore, I suspect that Operation Flashpoint 2 may be the slicker of the two products. Even at this early stage of development, there’s a certain kind of confident presentation here that ArmA 2 lacks. The graphics are a little more stylized, and even though the build I played used a lot of placeholder audio, the vocal work sounded emotive and high quality. Codemasters has a lot more experience than Bohemia when it comes to dealing with a wide gaming audience, and it’s made some wise moves. -Neon Kelly, Article writer

The full article can be viewed here: Videogamer.com Hands On Preview

Thanks to stidsy on the OFP:DR forums, we have a new preview from the Italian gaming magazine Multiplayer.it, below are the new screens from the article, linked in from on the OFP2 Flickr.

In addition to the new screens, it features more info on the AI as well as how EGOTech functions in game. It’s a soild read (at three pages) and is packed with good information. The article, can be read in it’s entirety, translated in rough English here: Multiplayer.it Translated Article 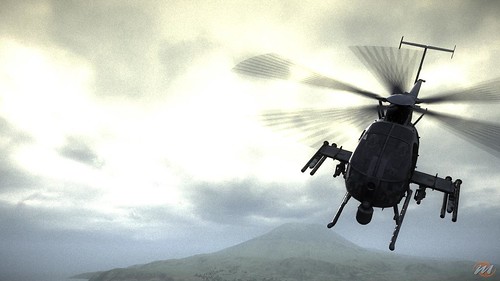 We finally did it, we collected so much content, and became so popular, so quickly that YouTube has put the brakes on us. Currently the OFP2 and all its videos and playlists are suspended for a unknown amount of time.’

To me it looks like I have hit an “You have had so many IP warnings” trigger, that leads to a suspension. The one to push us over was IDG Entertainment Media GmbH – Makers of GameStar/GamePro. Either that or the claim caused a review of the account and they figured we never got permission for any of the content. The second is unlikely as it can trigger legal backlash.

OFP:DR “most extensive marketing investment ever”

Posted by Community member PhilipLarkin is a new article from MVC in which CM speaks of the largest marketing plan to date.

“Operation Flashpoint is set to benefit from the publisher’s largest ever marketing spend on a single title.”

“We are rolling out Codemasters’ highest impact campaigns across the titles, with Operation Flashpoint: Dragon Rising representing our most extensive marketing investment ever,” said UK general manager Jeremy Wigmore.

Tibble joins the firm after spending eight years at Vivendi Games, most recently as UK sales manager, and has also held roles at Gauntlet Entertainment and Ingram Micro. In his new role, Tibble will be responsible for all UK and Irish sales, and will report directly to general manager Jeremy Wigmore.

Ben Croucher joins after spending four years on Ubisoft’s trade marketing team. He will now be responsible for product visibility and pre-sell incentives across all UK retail chains for Codemasters’ upcoming products. Croucher will also report to Wigmore.

Thanks to OperationFlashpoint2.info for finding the scans. We are currently looking for the English copy of this magazine to see if a OFP2 article exists. We are awaiting a translation from one of our German counterparts.

CSP is a realism overhaul and expansion to OFP2, aimed at the “hardcore” element of the OFP fanbase. Catering to realism and accuracy, CSP goal is to provide a very deep and authentic simulation of company level combat in both conventional and unconventional warfare. The Combat Simulation Project is being developed around a series of “phases”, providing tangible release landmarks and a series of realistic goals. Phase 1 aims at adding in the US Army and elements of other branches as new factions, along with revamping the existing factions for a higher level of accuracy where needed. Other systems and features are also planned from proper radio networks and 9-line CAS calls to the addition of civilians and an OPFOR pack.

END_OF_DOCUMENT_TOKEN_TO_BE_REPLACED

Well written and engaging, Laci produces weekly a worthwhile read about US Forces in a Storyline following the Operation Flashpoint 2 theme.